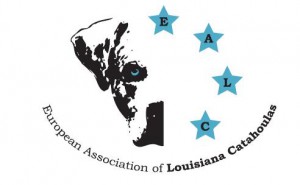 The Louisiana Catahoula – a dog for experienced owners

The Lousiana Catahoula Leopard Dog is often multi-colored brindled, many animals have striking blue eyes – the breed has a special look. Therefore, anyone considering buying a Catahoula should make this decision carefully. Because the farmers of the southern states in the USA have bred this breed for driving cattle and hunting wild boar. This still defines the breed characteristics and typical behavior of this dog. The Catahoula is a robust and intelligent working dog that needs physical and mental activity and clear and consistent leadership to be content and balanced. He is not a pure family dog. The following is a small guide from the European Association of Louisiana Catahoulas to help make decisions in advance of purchase.

– Impulsive in reacting and acting

– Distrustful and reserved towards strangers

The Louisiana Catahoula was bred to hunt wild boar in packs and to drive herds of cattle. In other words, the dogs selected for breeding were those that could follow scent trails very independently and persistently, and eventually keep extremely defensible game at bay. The dog independently herds cattle over wide areas and keeps them in a group. Whether at the wild boar or at the cattle – to be able to fulfill their task, the Catahoula must be able to decide and act independently. And they like to do that in everyday life as well.

The Catahoula should be fearless. Backup is usually not an option for the Catahoula. When he meets resistance, he usually goes forward. He does this not only on cattle, but also in everyday situations such as dog or human encounters when he is not confidently led. The hardness, assertiveness and independence of the Catahoula needs clarity and consistency in leadership, so that the education of the young dog can succeed. Because the Catahoula first puts to the test what is demanded of him: He questions whether the command makes sense from his point of view. The Catahoula demands more perseverance and consequence from its owner than most other dog breeds. He is sensitive and also reacts to unfair treatment – which is why he is often considered stubborn or obstinate.

If the Louisiana Catahoula is not kept and managed according to his disposition, problematic behavior often occurs. The following difficulties are regularly reported to us:

– Excessive territorial behavior towards other dogs and people

– If the Catahoula is pushed into the corner, he attacks – with excessive hardness possibly also his owner

misjudge conspecifics and people, which can lead to accidents.

One should always be one step ahead of the Catahoula during training, because, typical for the breed, he independently searches for a solution to the tasks set. He then decides for himself what his priorities are – and he only gives up when he has reached his goal. If he has a scent in his nose and the owner does not notice it on the spot, then the dog is gone faster than you can pronounce his name. In practice, this means that walking the Catahoula while you are lost in thought is risky. If the Catahoula notices that you are not attentive or are distracted, he will make his own decisions.

The Catahoula is not known for social compatibility

The Catahoula will not be found in dog play areas because he is not known for social compatibility. In adulthood, he usually does not get along with other dogs of his same species. However, with clear leadership, he can learn to ignore strange dogs and tolerate them in his environment.

Precisely because of his disposition to independence and self-reliance, the Catahoula needs consistent leadership. If he accepts his owner as a sovereign leader, the Catahoula can be led well by this person. This requires the owner to make clear decisions for his dog and to enforce them in a friendly and consistent manner. You will not achieve anything with unnecessary harshness. Pressure often creates counter-pressure with this dog. The Catahoula needs a human being who is easy for him to assess. If the human cannot give him security, he will take care of his own security.

Important: Already in the puppy age the breed characteristics take in the view

The start in life is especially important for Catahoula puppies. Already in the puppy age the owner should have the breed characteristics in the view and make himself consciously, how he promotes later characteristics, restricts or steers. Those who do not pay attention to impulse control from the beginning will most likely raise an uncontrollable hunter. Those who don’t teach their little Catahoula to handle frustration early and through play may end up with a dog that can’t stay alone and is constantly destroying furniture, car seats and door sticks.

To suit the breed of Catahoula, it is best to decide how you want to keep your dog busy before purchasing. He is suitable, for example, as a hunting dog, for tracking work, depending on the stature and character also in the train dog sport (canicross, bikejöring). He is often successful in rescue dog work – he can also be led as a riding companion dog. As a pure family, house or yard dog, the Catahoula is not suitable.